My usual pattern for writing a Post on my Blog is to find something that catches my interest; an article or a news story, and spend a few days researching the topic before setting it down in print.  I then will decide what to next write about, and will mention that to keep me on track for Post frequency of almost every week.


My topic for this Post went awry, with several ongoing stories causing my research to jump track.  My interest started with the Sony hacking, and research began with how the term Hacker had morphed from one of respect to one of derision.  But before I could develop that, the first jump from the tracks was concern about the Target leak, quickly followed by my old company Anthem, which faces possible penalties for compromising 78 million of its members.  Then, almost before I could adjust the article, President Obama called a summit with a proposed agenda to get some international agreement of data control.
I was getting distracted.  So I changed tack.


What was the conclusion I thought, to all this concern?  Was there some system, such as a vault for your passwords, that would make your data secure?  Were there sites that were verboten from visiting if you wanted to keep your data from being compromised?  Would camouflage suffice?  Hillary might have thought so, avoiding the “secure” Government server for her personal email server.


I began to look at what data I had that might be compromised to my financial or personal disadvantage.


Very little of a medical nature, with the single exception that I have a Living Trust that has a DNR clause, which I carefully hide on my medical record before I have any surgery that will be done without me being conscious.  Although I have some medical conditions, one for which I am being currently treated, I am not private about the conditions nor the possible outcomes of treatment. 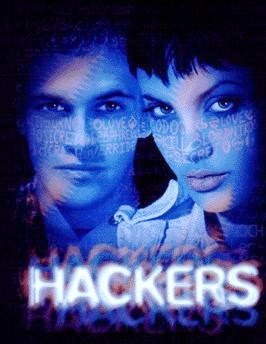 I have more financial ones that I can enumerate, including checking and savings at several banks and credit unions.  My investments are, for the most part, in the hands of activities like Ameritrade or e-trade.  Similarly, are the stocks and bonds of my portfolio.  Rightly or wrongly, I rely on the security these entities provide, and probably am not as concerned about changing my passwords as I should be.
I have friends who have suffered the emotional and financial loss from identity theft, but I have been spared that tragedy.


The truth is, I am hardly suspicious about giving my credit card to an unshaved restaurant server, or ordering from Amazon.  I carry few credit cards, but those I carry are in my wallet, which on occasion I have left somewhere.  I have received half a dozen calls from card companies alerting me to suspicious purchases, almost all of which were legitimate.  I have replaced cards which were lost.  Mary had a card stolen from a restaurant and before we could stop it, there were $2,000 in charges, almost all of which were gift cards.  These charges were all forgiven.  I left a phone in a hotel and before I could stop activity there were several hundred dollars in calls, mostly to Columbia. Again, all were removed from my bill.


But none of those occurrences were financially catastrophic, and almost all of the major loss was absorbed by someone else.


Not to say there isn’t a cost.  The companies that pay for those thefts pass the cost on to us consumers as charges, premiums, or additions to their profit margins on goods and services.


But isn’t that what we have come to accept for shoplifting?  Few if any of us pause to breakout what portions of the sales price include goods that were stolen, damaged in shipment or returned in an unsalable state. 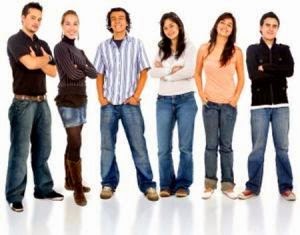 I think this will be the mindset of the Millennials regarding data.  Access to data has already reached a point where mobile phones now price service by data accessibility rather than minutes.  The Cloud has made storage and retrieval of data ubiquitous.  Movies on my iPad are longer stored on my iPad.  And, if someone figures out how to watch the movie I paid for, it is less my problem than iTunes.


So, my conclusion is that data security will be less a problem than it was.  Public demand will move even government security more to the field of public access, as we saw with GPS satellites, most of which were owned by the government at that time.


The Libertarian streaks in my personality think that is not all bad.


My next Post, which I hope will come in about a week, will explain an insurance term that is seldom of concern: Co-related Exclusions and how that fits into Dental Insurance.  I hope you will join me.
Posted by Doctor Eclectic at 12:49 PM