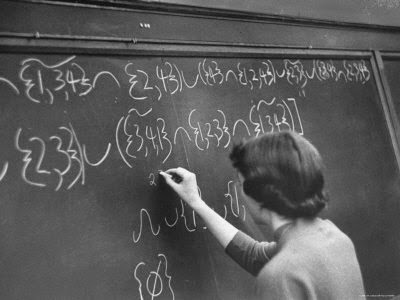 Recently, I received an emailed poster that showed a career woman and her wondering, “I’m trying to remember the last time I used algebra?”


While I could not fully agree with the proposed irony of the comment, I was struck by the fact that I spent a lot of time memorizing things with equally dubious utilitarian application.  The three I most remember, possibly because they were the hardest were:

Interestingly, I was exposed to all of these at different times in my education, and for different reasons.  Surprisingly, none of them were taught to me by the nus of the BVM, who were masters of teaching rote.  I still can recite from sixth grade the copulative verbs, which are descriptive rather than action verbs.  Among which are: appear, become, continue, feel, grow, look remain, seem, shine, sound and taste.


My exposure to the Periodic Table came in high school, presumably to assist me in getting my arms around Chemistry.  The table of elements, which is generally credited to Dmitri Mendeleev, who came up with the system shortly after our Civil War.  My high school challenge was not to remember how many protons, or even neutrons the 88 then-known elements had, as to get a sense for their relationships with others in their group; thereby comprehending what properties they might have as well as what applications could be made from those properties.  We learned to group the heavy metals, the gases and the just-getting-interesting elemental isotopes.


Learning the Krebs Cycle, I owe to my one year at the all-boy Christian Brother’s School in Winona, Minnesota, where my Uncle was the Bishop. My banishment to a place known then by only Garrison Keillor and the occupants of what would become Lake Wobegone, came as the result of two years of Fraternity living at the University of Iowa, which distressed my father who, at the time was my private Student Loan.

Brother I. Leo was my resident dorm monitor and saw fit to make me learn by heart all the mysteries of the Rosary, as well as the anatomy of some damn frog and, of course, the Krebs Cycle.  While this knowledge did in fact assist my entry into Dental School after one year, during which my grade average jumped more than a full point, I have found decreasing use or value as I have grown older.

I did in fact find uses for knowledge of the Krebs Cycle as I made my way through the first two years of Marquette Dental School’s curriculum. Today I would be hard pressed to describe, as the poster above suggests, how I may find need for it recently or in the future.


Which brings us to the granddaddy of them all: the components of the Trigeminal Nerve.


While I would be the first to admit that a practicing dentist, particularly one who is administering local anesthesia should have a general idea of how the injections might affect the person he or she is injecting, and while I would similarly admit that a knowledge of the pathways the nerve takes might have value in diagnosing general medical conditions, I would be less inclined to think I need to fill my gray cells with this abundance of knowledge, particularly in this day and age where I have Google instruments at my beck and call.


Knowledge of the Fifth Cranial Nerve was hammered into my head at Marquette and again seven years later when the Navy sent me to the Naval Post-Graduate School at Bethesda. During that sabbatical year from combat, I joined some 30 other promising Naval Dental Officers, one of whom showed up for the Final Exam with his face painted the same colors as the Nerve’s Pathways.

I saw a cartoon recently that seemed to define how useful algebra could be.  True or not, the way we learn algebra is changing.
Seemingly, education has advanced past the learning-by-rote phase.  Technology, particularly computer technology has moved us into e-learning and more importantly e-assessment. The last few tests I have taken now require that the student demonstrate understanding of the lesson before completing or even moving forward in the lesson.  Memorizing 90% of the Periodic Table is not the goal.  Understanding the concept is.  My third-grade grandson can solve the math problem any way he wishes if he can demonstrate the method he used to reach his correct answer.


And I think that is just fine!  He doesn’t even need to show me the page he found the Periodic Table, the Krebs Cycle, or the pathway of the Trigeminal nerve.


In my next Post I’ll catch you up on the battle between mobile technology and Land Lines. Please stop on by.
Posted by Doctor Eclectic at 4:18 PM