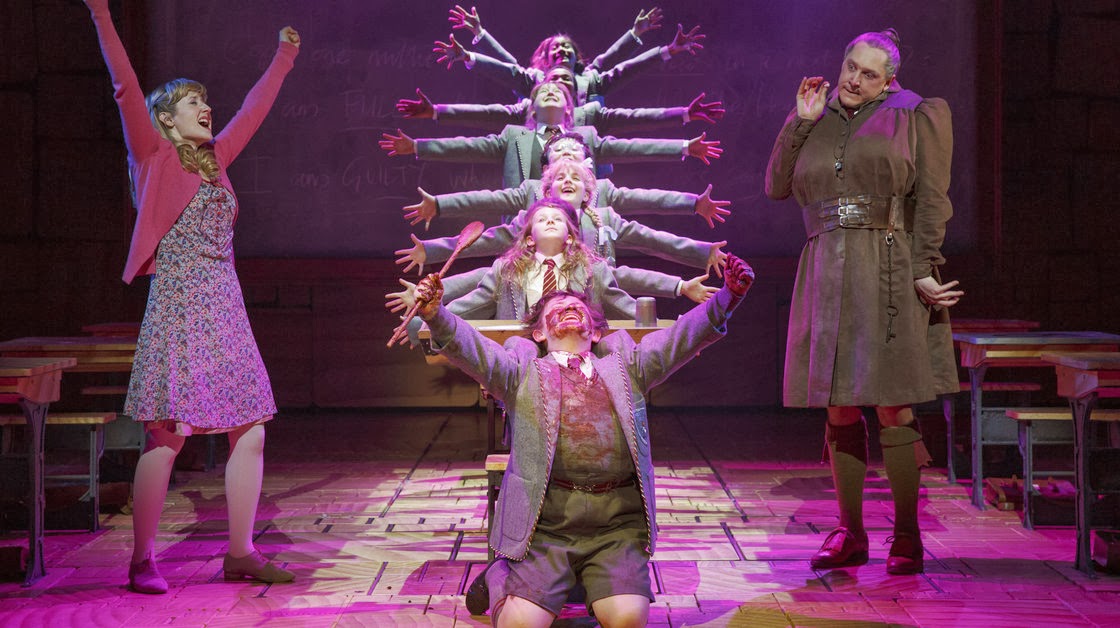 When we were in New York after Thanksgiving we saw two plays, one of which was Matilda.  While we were aware that it was an adaptation of a children’s book written by one of our favorite authors, Roald Dahl, we were unprepared for the play and more importantly for its following.


NPR did a feature on Roald Dahl, or more accurately on Matilda and the background of the book, as an interview with his daughter by Patricia Neal, Lucy. The interview is a nice companion piece to another NPR story: a review of the Play Matilda by Bob Mondello.  Mondello compares Matilda to Oliver and Annie in a very interesting fashion.


For me, the experience of watching Matilda’s story unfold reminded me of my wife, Mary. 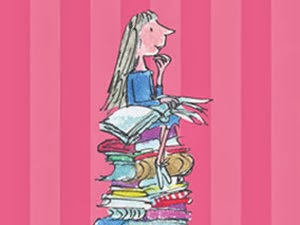 While Mary had none of the kinesthetic powers Matilda demonstrates in the book, the movie (with fantastic performances by Danny DeVito and Rhea Perelman), and the musical, she was similarly precocious with knowledge gained by an early passion for reading books.  At a similar age to Matilda, she would also walk independently to the local library, first to read, and then when she knew she could get a library card if she knew her name, address and telephone number, bring them home in batches.


Mary (and I) grew up in a much safer environment that allowed a higher level of independence earlier than my grandchildren have today.  On the way to the library Mary passed her grandmother’s house in Janesville, Wisconsin and would sometimes stop and chat.  She recalls several occasions where she met and talked to strangers, and a few when friends of the family were concerned that she was travelling alone.


When we met and through our courtship, books were a constant source of conversation; me sharing my passion for philosophy and she grounding me with English literature and poetry.  To this day we both continue to be readers or, in the technological age when we spend time in our cars, listeners.  She will have at least two audio books going and at least one in print, while I listen to one, read parts of several simultaneously and try to make our deadlines for library returns.


When I was little older than Mary, my parents did a very wise thing.  They put me on their account at the book store and encouraged me to set goals of buying and reading a book a week.  What books, were my decision and what resulted was an eclectic pattern of reading that persists to this day.  I repeated that decision when I helped raise our two boys and have a one for two result as prolific readers. The other one is a teacher who has to read to maintain his skills, and has little time for pleasure reading.


None of the book stuff was in my mind as we were in some very nice seats at the Broadway show.  What impressed me about the show was the music and how good it was.  Good and clever with a double-entendre theme in at least one of the songs: Revolting Children


And then I looked around and saw that about half the audience were tweenies or younger, and they were totally absorbed.  It was encouraging to think that there were that many parents who thought the experience was worth the cost. And I was reminded that my mother used to take me to Chicago to see the travelling company productions of great Broadway shows: the first being Alfred Drake in Kismet in 1953.


I hope the generational investment in theater for children is alive and well.  While I don’t notice it in Southern California, maybe parents save it for travelling.


In my next post, I’ll share some insight I had recently on the drugs used in lethal injections and what applications that might have for the broader world of drugs in general.  Please join me.
Posted by Doctor Eclectic at 5:13 PM