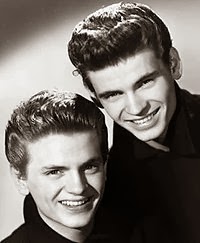 Phil Everly died recently at the age of 75 and I was surprised at the amount of press his death generated.  Searching for an explanation, I re-listened to Foreverly an album that Norah Jones and Billy Joe Armstrong released late last year.  Viola!  The thing that made them so memorable was not so much the songs as the harmony.


There were times when the harmony on the songs their father had sung to them as they were growing up when neither Billy Joe nor Norah was singing the lead melody line.  Turns out there is a name for that.  It is called "diatonic-third harmony", and it became an influencing model for some of the greatest names in Rock and Roll.


I bought two other albums that have relevance, both by Linda Ronstadt: Trio and Trio 2.  I read her biography Simple Dreams a few months ago.  Although her musical career embraced many different forms of music, and more than one language, she had a special affection for harmony.  These two albums feature harmony  with her favorite musicians: Emmy Lou Harris and Dolly Parton.  She also did an album featuring the Everly Brothers. 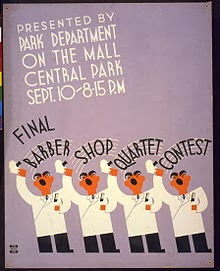 I can appreciate her love of harmony.  While in college I joined a quartet that harmonized in the classical manner of Barbershop. It seemed a natural as I grew up in Mason City, Iowa, which was the home of Meredith Willson, who brought Barbershop to Broadway with Lida Rose from Music Man.  I continued membership in the SPBSQSA and sang with several different groups over the next several years, always enjoying the fellowship and the talent of others in the demanding art form.


Now, with few exceptions in musicals I have been in, I confine my singing to weekly hymns, and my harmony to Christmas songs, but I enjoy listening and will return to some of the songs done by those confessing influence from the Everly Brothers: a fairly impressive list that includes:


·         The Beatles, greatly influenced by the Brother's success in Great Britain


·         Buddy Holly, who gave up his Letter Jackets for the Ivy League look of the Everlys


·         The Beach Boys, who literally rode the wave of story-telling Rock and Roll


·         Simon and Garfunkel.  Paul Simon called their voices the clearest in the history of Rock and Roll


For some reason it seems to me that harmony has fallen out of fashion.  I get a weekly dose by listening to Prairie Home Companion, where Garrison Keillor always manages to use the skills he claims to have learned in his Lutheran youth., and occasionally find an established group, who issue a new album, such as Uptown Vocal Jazz Quartet who made a hot a cappella jazz album in 2012 called Hustlin' for a Gig that I especially liked.


Come to think of it though, a cappella singing is making a comeback and not only from the Benedictine Nuns.  And the harmony of that singing is as beautiful as any that the Everly Brothers did.  Maybe I'll just change my diet from Rock and Roll to Gregorian Chant.


In my next post I will share some of the tips I've found from my weekly visits to the Farmers Market.  If you want o know how I pick my fruit and vegetables, stop on by.
Posted by Doctor Eclectic at 11:38 AM