Recently Bill Cosby was interviewed on NPR.  The occasion was a new show he put together for the 50th anniversary of his first public stand-up routine.   The interview is worth listening to, not only because it is full of his natural humor but also because it is sprinkled with much of the philosophy that has recently made him a popular hit on forwarded emails.

One of the things I found interesting was his explanation that his comedy calling started when he was in college.  He cited as a seminal moment a History class lecture when he found himself “drifting” in thought while the lecture was going on: connecting the mention of the Revolutionary War to how a football game starts, with the tossing of a coin, the choice of sides, and an explanation of the rules.  If you decide not to follow the link for the actual interview, the concept was that the Americans won the toss and could wear civilian clothes, hide behind bushes and trees, and use all manner of weaponry while the British had to wear red uniforms, and march in a straight line.


He explains his “drifting” as being AADD, and instead of apologizing claims ADD afflicted are the original multi-taskers.


His interview got me “drifting”.  For instance:


The last war we fought where there were rules of engagement on both sides was WW II, unless you count the Korean War, which is generally conceded to be a Police Action of the UN.  As someone who had a career in the Armed Forces I am acutely aware that Rules of Engagement still exist with U.S. Forces: and they include the wearing of uniforms, including rank and special indications for medical forces. 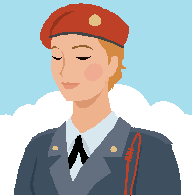 In contrast, our opponents, beginning in Viet Nam, and essentially including every other opposing force choose not to distinguish themselves so that they can more easily blend into the populace.  It’s not only in the conflicts with the U.S. that uniforms have disappeared, in most of the literally dozens of conflicts around the world” Sunni-Shia, Muslim-Christian, tribe-tribe, Arab-Israeli, whether in Sudan, Syria, Congo, or the mid-East, I am unsure how one side knows who is on the other side?


So, I think we should insist on a return of uniforms.  In addition to making this easier and evening out the fight, it would have the added advantage of creating jobs.


I have an old-world tailor who I jealously guard, making him feel he needs only me to support him.  Hardly a day goes by that we don’t hear about a need for higher wages in garment-making countries like Bangladesh.  Since cloth and even garments are made in areas away from conflict, we would likely increase trade, and trade demands some sort of political stability, so we might actually reduce conflicts by requiring uniforms.


I know what you are saying, “Who would enforce this and what would be the penalty for non-compliance?”


While I have not completely figured that out, I do have some initial thoughts:


·         Establish qualifications for a “Uniform Referee”, one of which would be impartiality.


·         Make the occupation highly salaried, supported by a required pool of any nations or groups currently in conflict.


·         Require approval of the Referee Association for any uniform changes, empowering them to ensure contrast in style and color of opposing forces.


While these are only preliminary suggestions, they would serve as a springboard for a Social Media call to arms for the concept.  A political decision would take too long and become too burdensome.  This is an Action Plan made for the Millennial


This year I think we had the nicest looking Christmas tree ever.  In my next Post I’ll share some of my Christmas tree stories.  I would invite comments on some of yours.
Posted by Doctor Eclectic at 2:50 PM