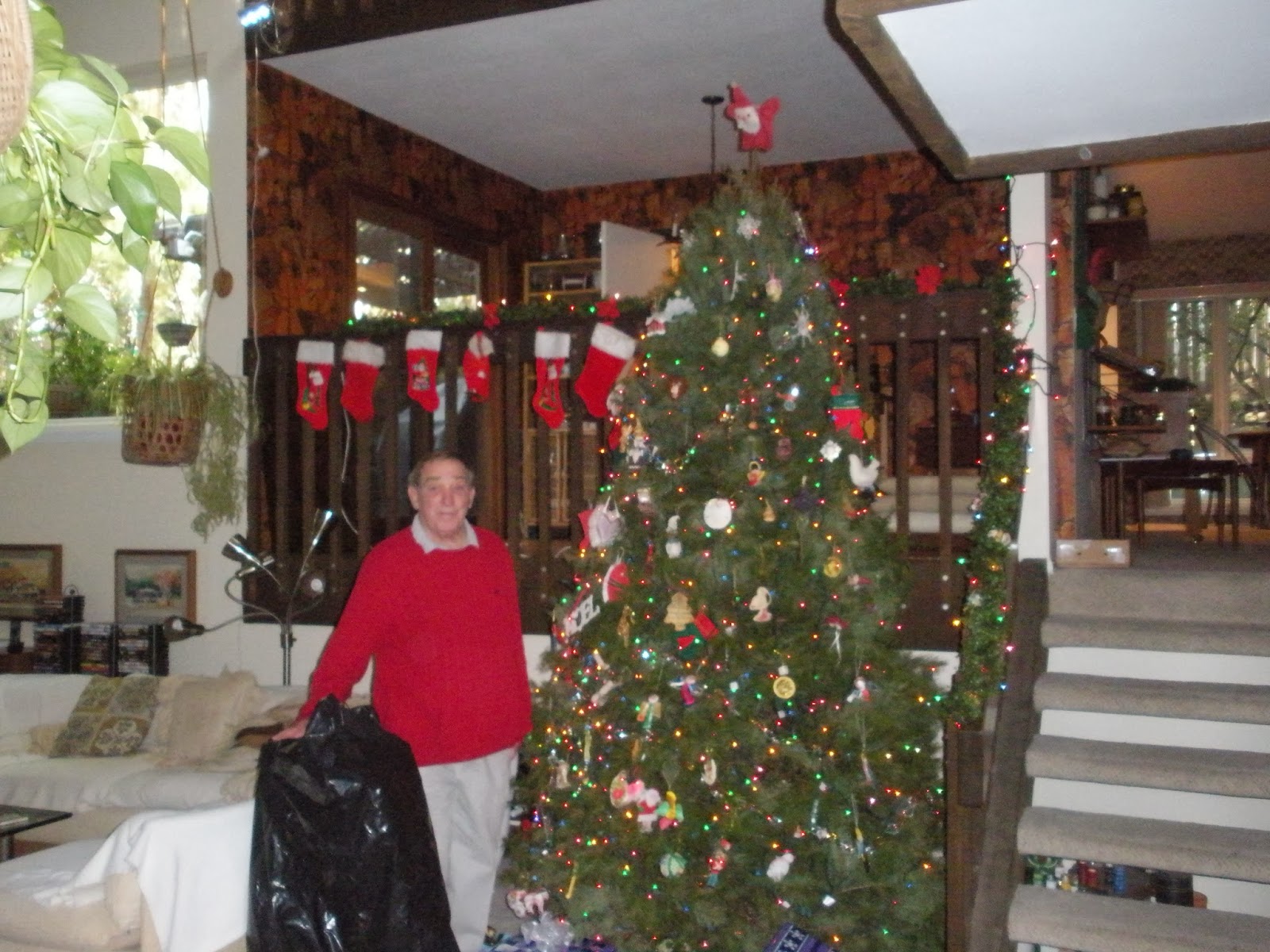 Although we have had a Christmas Tree in our house every year since we married some fifty years ago, I believe this year’s tree was the finest.  What made it so, made me reflect on what part the tree plays in our family celebration.


Mary and I grew up in similar traditional homes in the Midwest; her father a physician and mine a dentist, both practicing in towns populated by about 30,000 trusting people. Both of us found our early lives interrupted by moves, caused by those fathers going off to war.  The holiday traditions became even more valuable with the changes in location.

In my case my adolescent years were affected by the fact that my uncle was named a Bishop in the Catholic Church and Christmas meant travelling to Cresco, Dubuque, or Winona, MN for Midnight Mass.


When we married our traditions mingled: Mary bringing the decoration of Christmas cookies, me bringing Tom and Jerry decorating parties.  Children brought personalized ornaments, some made as school projects, and all needing to be displayed.  The children were placed in the background when we invited our Navy friends in for drinks and tree-trimming, although they always got to hang their own ornaments.  An unexpected serendipity from the parties was the numerous ornaments brought as gifts, many of which are still annual items to remind us of friends and times gone by.


Even the years we spent on foreign shore duty, both times in the Philippine Islands, we had trees, courtesy of the Navy Commissary system.  The first year we decorated the tree in popcorn: little realizing that the morning would leave only string since the ants had better use for the decoration than we did.

Our foolishness over popcorn followed only two years after our episode in San Diego, where we took advantage of the closeness of the beach to use a bucket of sand to support our smallish tree.  There, in the morning we found that dry sand doesn’t support much and we had to quickly buy a conventional stand.


Our present home is one of about 26 on a street that ends in a common green belt.  In typical California developer fashion little was made of lot size and much of high ceilings.  Our living room ceiling literally extends to the fourth level or about 50 feet.  We are original owners and the neighborhood included nine families who moved en masse from Huntington Beach.  They chose their lots first and consequently our house is on the smallest lot of the street, but the interiors are all similar.  One of the nine knew of a tree lot where you could cut your own tall tree and all of us went there on that first Christmas, only 10 weeks from when we all moved it.  Everyone wanted a tree at least 15 feet tall.


Our tree this year is about twelve feet and two things made for that special feeling at the beginning; first, we netted it so it came through the doorway with ease, and second, a stand I ordered after a catastrophic experience last year, worked as advertised, allowing us to set the tree precisely where we wanted in less than five minutes.  Removal would prove equally as easy.


There were no bare spots and ample space for the ornaments and ease of placing lights.  Ornaments of note included: a Jeepney, reminiscent of the Philippine, a Moon Child, give us by my mother, gone now for sixteen years, the flannel Santa Clause, which has topped our tree for more than twenty years, several with the boys names or handiwork on them, some from Taiwan, where I shopped while Mary had the family tree in Evanston and I shared mine with the Marines in Okinawa, many remembrances of duty stations, sports, activities, or groups we belonged to, and finally, one I gave Mary two years ago, which has the phrase, “She has read too many books and it has addled her mind.”


Beneath the tree is a handmade flannel skirt made fifty years ago by a dear friend, now living with her daughter in Texas. I pause, remembering the many presents it has held for anxious hands to open.


I probably could not tell you a dozen of those presents, but I could easily tell you a story about each and every one of the hundred or more ornaments, adorning the tree.  This year I ended up decorating the tree myself, since Mary was involved with other activities during the shortened pre-Christmas season.  It was not work.  It was truly an opportunity to revisit a very full past.


In my next post I will join my voice to those many who are talking about the Tea Party, Tea Party Politics, and the Tea Tax with an explanation of how I was forced into a T-Party choice of my own.  It should be fun.
Posted by Doctor Eclectic at 4:26 PM