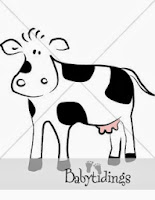 As I understand it we are poised to go over the Milk Cliff on January 1, 2014, with the retail price of milk likely to double.  Holy Cow!  How did that happen?


Seemingly lost in the media discussion of the ACA, Sequester, and the budget compromise is any discussion of passing a Farm Bill, much less confronting the question of Immigration.


The Farm Bill is a piece of legislation that is presented as a modification of laws controlling all matters regulated by the Department of Agriculture, both foreign and domestic.  The bill is introduced in a soft five-year cycle, which explains why it does not seem to have the urgency of a budget bill.

Interestingly, in 1949 the bill included a component that allowed the government to subsidize dairy farmers by purchasing dairy products at $38.54 per hundredweight, which remains higher than the current price of approximately $18.  The subsidy remained essentially the same through the last iteration in 2008, allowing such programs as school lunches to proliferate.


And therein lays the problem.  Programs like the Title 1 school meals and food stamps have become controversial.  Not that they don’t do good.  As local Chairman of the American Institute of Wine and Food, I was well aware of their Days of Taste ® Program , which in Orange County meant we went into Title 1 Schools for two days, the first of which was spent in teaching food values, how to read labels, and the progression of food from farm to table.  The second day we gave them money and took them to the local Farmer’s Market where they shopped for their families.  I found out that WIC coupons were legal tender at the Market.


When I surveyed my table of eight, after making the dressing for the communal Harvest Salad that followed out trip to the Market, I found that six of the eight had eaten fast food the night before, one had eaten Chinese (which was probably fast food) and one had eaten nothing.  The School Lunch program was their main source of nutritious meals.


﻿ But dairy also is a large component of the SNAP (Food Stamp) Program allowing the $135 per week to have higher purchasing power on nutritious meal planning.  Review of the 2008 Food, Conservation, and Energy Act was due for replacement by September 2013.  Since the rolls of food assistance has grown to more than 15% of the population or 47.7 million Americans at a cost of almost $75 billion a year,  there were serious concerns about how to control the costs inherent in continued subsidies.  A consequence was a plan to discontinue dairy subsidies entirely in the newly considered bill.


Opposition was so divided yin the Congress, that an extension was made until the end of the year.  But to the best of my knowledge that means that by the time Congress returns from the Holiday recess, we will have fallen over the Milk Cliff.
The House has done no further action since the proposed bill failed to pass in June 2013.  The senate passed their bill in June 2013, but it has received no support from the House, essentially because it does not address the Food Stamp issue.


Before I started on this post, I wanted to find out how much milk costs in today’s market.  I didn’t want to repeat President H. W. Bush, who may have lost his reelection because he didn’t know the price of milk.  Turns out it is about $2.99 a half gallon at the local supermarket and about a dollar less when Mary buys it at the Camp Pendleton Commissary.


Double that and milk is more expensive by far than gas.


While I usually try to keep my observations objective and not political, I find myself less concerned that  Barrack Obama has increased his gray-hair quotient by putting more people on food support than I am about how his actions have increased the gray in my hair since his election.


In my next post I will cover another somewhat political issue:  what about the military commissaries?  I would hope you will find that interesting.
Posted by Doctor Eclectic at 4:05 PM