It seems appropriate on Veteran’s Day to write a post about the Medal of Honor.  The subject came to me when recently there was news that an Army Captain was invited to the White House to receive the honor for action in Afghanistan.  What made the event newsworthy was that he had been denied a nomination for the medal because he had criticized his superiors for failure to provide requested air support during the 2009 action where he displayed his recognized valor.


The medal was the first medal awarded by the United States and almost half of them were awarded during the Civil War, including the only one awarded to a woman.  There have been almost 3500 awarded since its inception, almost 2/3rds awarded posthumously.  This is likely because two of the required conditions for nomination are conflict with an enemy of the United States and acts performed under conditions of grave personal bodily danger.

At least that is true of those nominations coming up the Chain of Command, which may explain why Captain William Swenson had to wait to get his nomination.  As it was he was the first Officer to receive the medal since Viet Nam, with the caveat that President Clinton awarded in 2001posthumous medals to several Black and Asian soldiers for action during WW II. 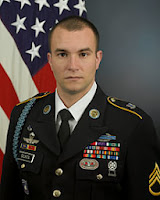 The only other living recipient since Viet Nam was Salvatore Giunta who rescued a majority of his platoon from a Taliban ambush, including a Sergeant who was being dragged off by two Taliban.  The other ten recipient’s medals were awarded to surviving family.


Congress also has the authority to nominate candidates for the medal.  Not surprisingly they have done so almost 200 times.  Most notably on the list were Richard E. Byrd for arctic exploration and Charles Lindbergh for his trans-oceanic flight.  Since Byrd was Navy and Lindbergh Army Reserve they received different versions of the same medal.


In some ways it seems unusual that the United States was such a late comer to the bestowing of medals.  Medals have long been a recognized means to honor past exploits and provide a means to form a cadre of elitism.  From my 26 years of service I collected a fair sampling of “fruit salad” ribbons and a couple for distinguishing myself in other areas than combat.  Each of the ships I was attached to had their ribbons also and for many of the crew they were a personal badge of honor.


But, if you follow the links for Sergeant Giunta and Captain (soon to be Major if allowed to rejoin the Army) Swenson, you will note what is almost the universal feeling of the recipients: modesty that they do not deserve what should have been bestowed on so many others in the action.


For the past several years, the Bay Area Navy League has hosted a formal Dining-in for survivors of the Battle of Midway.  This year I believe there were still nine, although one invitee was unable to travel.  I try to attend the ceremony, held at the Marine’s Memorial in San Francisco.  In conversation with one of these guests I heard exactly that.  With a wistful look in his eyes, he said, “I remember most of the days and I remember some of the events, but I will never forget any of my shipmates.”


Football seems to be hot news lately.  In my next post I’ll share some of my observations.  I hope you’ll join me.
Posted by Doctor Eclectic at 4:16 PM