About seven years ago, when I was a willing casualty of an M & A, and found myself facing retirement.  I actually tried that for a couple of years, printing cards that said “Consultant” and waiting for the phone to ring.  My chosen avocation was Acting, and I did about three plays and got a new Agent, but I found my greater satisfaction was in independently joining the Trade Associations my companies had supported and working on committees to accomplish worthwhile goals in the Healthcare industry.  I spoke of this on my websites: www.deefitzgerald.com and www.DrDeeKay.com as “giving back”. 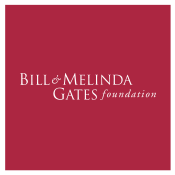 The concept has become quite popular; the most well-known celebrity being Bill Gates, who in 2008 gave up his business to a supporting staff and went full-time into saving the world from Malaria and other deadly diseases.  It turns out that there are literally millions of Americans aged from 50+ who have done similar things.  The term has been defined as a “second career attempting to help in a field understaffed, with little concern for financial gain.”


In my case the financial gain, if any, was the ability to write off travel and registration to meetings as a business expense, since I was making modest income from consulting.  Then, about the same time as Bill Gates left Microsoft, my consulting opportunities dramatically improved.  The beauty was that I still had ample time to devote to my Encore Career of committee work.


I spent some of that time writing my first book, Harnessing a Heritage, and subsequently a Blog, www.DoctorEclectic.com , and recently getting a new, more aggressive Acting Agent, MZA.  I have already been on six major project auditions and am hopeful something good will come soon.


The New York Times article referenced above was written before the bottom fell out of the financial market, so I assume the movement has slowed somewhat, but I thought I would test that theory when I returned to Mason City Iowa for my 60th high school reunion.  As a schmoozed my way around the room, noting that there was an increasing amount of sitting in my age group than at the 20th, I did fid a few interesting Encore Careers.  One gentleman, Brian Birch was showing his 2009 book, Highlighting the Good News, a 150 page synopsis of the Bible.  He also had the most recent translation, Arabic, with a rather unique tab system, allowing opening to certain favorite passages. 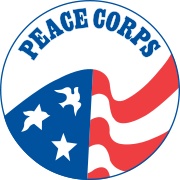 A second attendee had completed three tours with the Peace Corps, but most were involved with family, a worthy endeavor, especially for those who have remained involved with the mid-western farms.  Very few children could remain on farms, many in their third or fourth generation, without financial assistance.


I can relate to that as, without my setting out to do so, I have become a financial resource for family in education, health, and housing.  And Mary has been volunteering as her Encore Career for more than twenty-five years, in teaching ESL, assisting in the library system, and raising funds for the Performing Arts.


I hope that reading this might stimulate some of my followers who have not done so, to look at opportunities for Encore Careers.  And, if you are so inclined, please comment to this Post of what you have done or are planning to do.


In my next Post, I plan to share some of my involvement with rolling out the Affordable Care Act and how that might impact us in ways we do not imagine.  My Encore work gives me a detached perspective that I think you will find interesting.
Posted by Doctor Eclectic at 3:29 PM