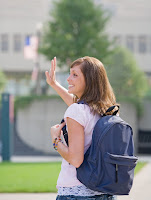 In the past few weeks college costs have been in the news for several disparate reasons: Congress has been trying to undo the effects of their inaction that caused student loan rates to double on July 1, The American Dental Association as well as Texas Medicaid has raised alarms at how pervasive “corporate dentistry” has become with its profit-motivated business plan and how it traps the debt-ridden recent dental graduate and destroys the doctor-patient relationship, finally there has been mention of several new approaches being taken to effect change and what effect they may have on the process.


I thought it might be interesting to see how these things work together, or at least how I think they will work together before my 15 year-0ld grandson makes his way into the collegiate world.


Sometime ago I wrote a post on college debt.  I was surprised in researching it that student debt is the highest debt in our country: over $1 trillion; higher than auto loans and much higher than home mortgages. Also, because it is deferred (and often defaulted) the actual debt upon graduation is staggering.  For example a student who has debt of $300,000 would pay $710,000 with payments of $3741/month.  That $300,000 is not an uncommon number for dental graduates.

Searching for ways to lessen the cost of education I found several possibilities: cutting the number of fulltime faculty has some effect as seen at A.T. Stills School of Dentistry and Oral Health, which I wrote about in an article you can read on my website www.DrDeeKay.com , books, which were a major expense when I went to school, many times supplementing the faculty’s salary, can now be made available electronically for a fraction of the cost, and probably the most interesting is the development of online curricula from many prestigious schools.

The granddaddy (or grandmamma) of them all is Coursera ® which today has more than 3.5 million registrants taking more than 370 courses developed by Stanford, Princeton and at least two other prestigious schools.  The model of offering low cost or in the case of edX  (Harvard and MIT) and Coursera, free courses is called a Massive Open Online Classes or MOOCs.  One of the cofounders is Daphne Koller who gives an eloquent explanation of her vision in an 18-minute TED presentation linked here.


The government is beginning to demand information on a ROI for the subsidized loans money: demanding data to support number of graduates, placement in jobs related to their field of study and giving preference to student who choose public service of non-profit opportunities upon graduation.  Some of this makes sense to recent graduates like my niece, who chose nursing and questions the relevance of some of here courses.  The MOOC concept takes prior knowledge into account, offering preparatory or remedial background to those who test or feel the need for some background.


For parents who wish to assist their children the current thought is save rather than borrow.  Actual parent contribution had fallen by more than a third in the last five years, from almost $9.000/year to $3,700.  A modest investment or $2,000/year in a 529 plan would pay for schooling without need for loans if we could halt the runaway tuition, which has grown faster than even health care costs over the last several years.


Probably one of the more interesting articles I read came from a recent English Major graduate, who wrote an editorial on “How to Graduate Debt-Free” stressing several points worthy of mentioning:


·         Make a choice to be frugal in your early choice of college to begin with, choosing to live at home and/or go to Community Colleges where the tuition is low.


·         Use your skills to make money or find scholarships.  As you progress in your education how can you apply your new knowledge to gain workplace experience and make money at the same time?  Are you musically proficient?  Give lessons.  Very bright in one subject?  Tutor.  Learning accounting? Take a tax-preparer exam.


·         Use your summers.  Not only can you make and save money (you spend less when you are working), you build a resume that will help in getting future scholarships or even admission to more prestigious schools.


·         Live frugally.  Have a budget for meals.  Share room accommodations. Let college be an opportunity to develop socialization skills.  This may make you less likely to divorce and more likely to work well with others.


While we are waiting for a solution to higher tuition and higher other college costs, we might look to other countries were education in needed fields is greatly subsidized for those who are progressing.  We might look to revisiting the purpose of our community colleges, which have become gateways to four-year colleges rather than preparers for skilled fields where we have need.


And we might think of ways to improve the ROI on our tax dollars that go to loans by restraining the amount that can go to living expenses and demanding accountability from the schools for their participation in the process.  If we are loaning $150 million a year, we should see that we are recouping at least that.


On a lighter vein, my next post will be on a rather a unique vegetable I now equate with summer and Wisconsin.  I hope you will join me.
Posted by Doctor Eclectic at 5:33 PM No comments: