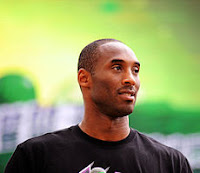 I found it ironic that, while the rest of the country was celebrating Mother’s Day by taking mom out to eat, Kobe Bryant was serving papers to his mother.  At issue was her receiving a $450 k advance to auction off mementoes from his high school basketball days.


Now don’t get me wrong.  As someone whose mother gave away his dog while he was doing reserve duty with the Great Lakes fleet, I know mothers can be cruel.  Even saintly Mary, my wife of many years, had to be stopped from throwing away Sean’s baseball cards.  She did get rid of most of his Matchbox cars before I could stop her. 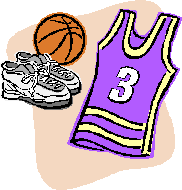 Kobe claimed that he never gave his mother permission to sell the items; just that he tacitly gave her possession of them after he left the house to join the NBA Lakers sixteen years ago.  Of course the value of $450 k in Kobe’s mind might be relative.  While we’ll never know the cost of settling the civil suit with the Colorado girl, we do know that the kiss-and-make-up ring he gave Vanessa likely cost at least that much.  I believe I saw somewhere that Kobe’s current salary is $38 million and I read that in 2010 his endorsements were $48 million, so I wouldn’t be surprised if he let his mother keep the advance when he negotiated with the auction house to relinquish their rights.

While I looked at the matter as one of property rights, Mary had a different take on things.  As the mother of two grown boys both of whom live within a mile of our home, she wonders why we still call their bedrooms “Sean’s room” and “Tim’s room”?  And why do we still have so many of their possessions?  Tim’s is a little more understandable because, not only is the principle object in the middle of the room his tennis racket stringer, but this week he will be sleeping in that bed as we have to take him to St. Edward at 3:00 A.M. to catch the bus to LAX and start his annual Eighth-grade trip to the East.  Tim has taught at St. Edward for ten years and was there when Kobe’s daughter, Natalia was in Kindergarten.  Coincidently, Kobe and Vanessa were married at St. Edward and, their children probably would have continued there had the Bryant’s not moved to the Newport Coast.

Mary hypothesized that Pamela had probably reminded her son that his high school jerseys and such were still in the home sixteen years after he left.  Kobe perhaps had even  told her that he would pick them up “when he got around to it”.  What mother would not have drawn a line in the sand?  Especially when her son has his own, very large house.


So, if Mary is right and all it took to get those things out from under her roof was to put them up for sale, I think Sean and Tim had better start monitoring e-Bay for activity from their mother.


In my next post I will bring you a little information about tele-medicine and tele-dentistry.  I just returned from a meeting where that topic was relative and I find the subject intriguing.  Please plan to stop on by.
Posted by Doctor Eclectic at 12:35 PM No comments: 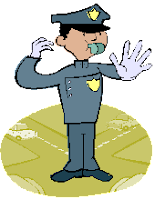 Yesterday was Mother’s Day and at brunch for some unknown reason the conversation turned to how many tickets people have received from the police.  Older son confessed to receiving ten, 22 year-old granddaughter had only one, younger son claims none, although, while technically correct if we are limiting tickets to those involving vehicles, moving or parked, is not completely accurate.  I think I have had about five, most for parking, and Mary was
silent on the issue, but in our 52 years together I think I remember two.


Ryan proudly announced he would join Tim, having never received a ticket, but of course he is only fifteen.


For most of the tickets there was a story and some were interesting.  Sean was counting the states where he was cited and remembered Illinois as being special.  He was driving a rented car and was stopped for erratic driving at 1:30 in the morning.  The cops walked him through the classic tests of standing on one foot, reciting the alphabet from a letter chosen at random by the police (without singing), walking a straight line, walking backwards, and of course breathing into their contraption.  He passed all with flying colors but was still driven to his motel, just 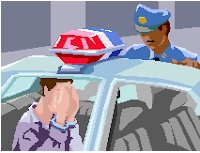 
Tim reminded us that quite recently, when driving home from our house, he ran into a check point, but was waved through after answering in the negative as to his recent consumption.  He found out later that ten people were cited and charged from the check point in just a couple of hours on a residential street.


Lauren’s single ticket came from doing 80 mph on a toll way, where the limit was 65.  The irony of that was she was in her first year of driving, was alone, and was most concerned that the ticket would cost her our bet, which was $300 against $50 that she would have a reportable accident her first year driving.  It didn’t and I gladly paid up with dinner at Ruth Chris Steak House.


Tim and Sean’s stories got me thinking.  About the only test I could pass,  at my age and physical condition would be the alphabet and most of the time that breathing bit.  I can’t stand for any period of time on one leg.  Walking forward on a straight line is complicated by my pretty much all-the-time limp.  I might be able to touch my nose with my eyes closed, but I wouldn’t lay bets on that.


Why don’t they have a better test for us old folks? 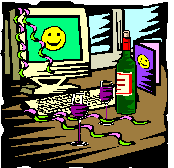 Maybe they could ask where we live, or what are the names and birthdates of our children.  Why not ask how old we are and verify it with our license?  Why not ask what we pay for auto insurance, and maybe make a suggestion of where we might save some money?  Why not ask what time and channel we watch our favorite TV show?  Or what was today’s Word of the Day on O’Reilly’s The Factor?  How about where can you get the best Early Bird dinner?


Why might these questions serve as a matrix for how impaired a senior is?  The litmus test would be how fast the suspect switched the subject.  Some might have to do with cognitive memory; e.g. “I just got a new hearing aid and only paid $100.”  “What kind is it?”  “About 6:30”… But more likely it is the lack of concentration that comes from imbibing.  How soon the Senior pulls out the pictures of his (or hers) grandchildren would tell a lot.  As would, “Stop me if you heard this one…”


I’m not asking for favors…just a level playing field.


Speaking of playing. Check out my next post when I’ll weigh in on the big Mother’s Day story: Kobe and his mom.  See you then.
Posted by Doctor Eclectic at 4:22 PM 2 comments:

I am fortunate to live in a beautiful area of Lake Forest aptly titled The Woods.  There are only 20 houses on our cul de sac street; there are no driveways with depth to park a car; each house is on a hill of varied pitch that means we have from three steps (the least) to fourteen steps (the most and ours) leading from the street to the front door.  There are only three models, a three-bedroom and two four bedroom (one of which is ours).  All are three or four stories. 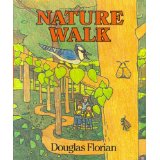 We are the only remaining original occupants, having literally camped on the front porch while the wood floor was being set to allow occupancy in 1976.  Mary likes to attribute her diminutive size to having a stair climber before they had stair climbers.  At the end if the street is a common green area with a stream that in the spring provides a place for four or five year-olds to catch frogs.  There are also abundant Eucalyptus trees that served as bases on which to construct tree houses when my children were growing up.


The street used to provide opportunities for neighborhood parties, including a pretty-much regulation volleyball court at the end of the street and block party events on summer holidays.

I own two of the twenty houses, one I live in and one I rent to my older son.  My house, which is on a typical California lot, meaning I can touch my house and the house next without strain, and have about two feet of property before reaching the property line of my other neighbor, and have ten feet in front and an equal distance in back, but on that lot I have eighteen trees, plus eight on my deck and one in my living room, some sixty feet tall.


So, I have never been surprised that people who do not live on the street walk by; often with children or dogs, to look, exercise, or possibly case the joint for nefarious, planned, future activities.  Twenty-five years ago an adulterous couple was busted for fornication in a car at the end of the street. 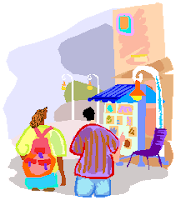 A week ago or so I was surprised when a group of five, headed by a man walking backwards, came past my house, paused, and then continued up the street.  It appeared that we are now on a programed Walking Tour.


It may have been that he was a Realtor, attempting to put a positive spin on the common objections raised by prospective buyers (“too many steps, no parking, no yard, terrible commute”).  But I like to think it is because our street is unique.  One of the twenty houses was once owned by a marijuana grower who had 1600 plants when the police finally began to suspect that blackened windows and a bleeding off of power from the main line might be suspect.  Another house has gone through at least four major interior renovations while being unoccupied for more than twenty years.  Several of the original occupants, seven of whom moved en masse from Huntington Beach to claim the favored lots, have returned after moving.  Nostalgia? I’m not sure.  But we have never seriously contemplated moving except the two times when the Navy made that decision for us and we rented out our house.  And we feel blessed that our one son lives on our street and his unmarried brother only a mile away. 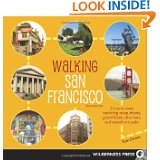 So, I like to think the Guide may have a set pattern of stories about our street, in much the same way as the Walking Tours of San Francisco, Boston, or New Orleans, all of which we have taken.  And that perhaps when the four walkers waved at us, as we waved at Jimmy Stewart when we rode a bus through the Hollywood homes of the rich and famous, they were happy to have had an opportunity to visit and see what we enjoy every day.


It gives one pause to reflect on the value of our everyday lives.


In my next Post I will offer a suggestion on how the police might improve on sobriety check points.  Even if the subject doesn’t have personal interest, you might find it amusing.
Posted by Doctor Eclectic at 10:47 AM No comments: