Intrigued by the fact that two of my business friends of long-standing were seated at the conference table, devoid of their laptops and plugged into, what I assumed were iPads, I began to revisit my long held resistance to all things Apple.

After the meeting, and taking advantage of the fact that email allows more time for reflection than conversation between business breaks, I asked each why they had gone to the iPad and what features they felt were important.  The answers surprised me.
“I traded in the utility of a PC, laptop (which was in need of replacement because of capacity issues) and my iPhone for something 20 pounds lighter during trips and much faster and adaptable.  I even used it on a recent trip to Italy to stay in visual contact with family in the States at no cost, whatsoever.” said one.
The other agreed; pointing out that with an iPad you don’t even have to take it out when going through TSA inspections.  He said the most useful added component was a wireless keyboard and his choice was the Logitech Zagg board, which serves as a case and stand.  He also said that the 3G feature was worth the cost and that he went for the 64 Gigabyte capacity because he likes to watch movies.

As do I, and I have now watched my first rental for $4.99, a recent release that I used to buy for $20, sometimes used, from Tower Records to watch on my laptop, which no longer fits on my airplane tray if I want to have a drink with my peanuts.
So, I’m happy with my new toy and have almost severed my Microsoft ties, although I am typing this on my Desktop PC.  But I was unprepared for what would be my most significant lesson: The Apple Store. 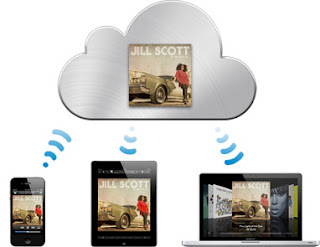 I had actually visited the store on several occasions because I have had an iPhone, practically from when they first came out and I traded in my Palm.  But I had never been aware of what makes The Apple Store special: the employees.
I almost said, the service, but as I have become more familiar with the Apple operation, I realize it is more than the service. It is a unique training of employees.
If you have ever sat at the bar of a TGIFridays, you no doubt have noticed that the bartenders are skilled in one or more aspects of showmanship.  This is not an accident.  It is a requirement for the position, and the position is a coveted one.  Many employees work their way up from bussing to bartender over a period of years.
If you frequent a Sonics Drive-in, you will notice employees have different uniforms for different levels of expertise and management.  Part of this is to differentiate for reasons other than roller skating ability, but part of it, I’m sure, is for recognition by other employees: a motivator for advancement, maybe.  Hidden under both these examples is a spirit of competition.
Not surprisingly, Apple has chosen a different model.
I am continually struck by the ease with which the Apple Staff admit they do not know.  What they do know is how to quickly and efficiently get you to someone or someplace where your question will be answered.  That is one of the reasons that every question, or at least most questions, requires you to get an appointment, either online or right at the store.  The ubiquitous electronic “clipboard” will steer you to or advise you of when and how your problem will be addressed.
As a dentist, trained a long time ago, I know none of my contemporaries would admit to not having an answer to any question given them.  Obviously they know more than the person asking the question, or feel the person asking THINKS they know more.  So giving an answer:  correct, flawed, based on old or insufficient information, or just pure artifice, is a badge of honor.
I don’t know how Apple trains their Staff or what reward system there is for moving the customer to an answer depot. But they certainly accomplish what they are trying.  If no one on the floor has an answer, they will download a tutorial unto your email site.
This week Apple announced that 25 Billion Apps have downloaded.  Today Apple stock is trading at $530 a share.  Last week I saw a man in a bagel shop using an International keyboard on his iPhone and “drawing” Mandarin characters on a touch screen, which the phone completed for him.  It is understandable that Apple Staff would not know everything about their devices.  What is truly amazing though, to my mind, is that they don’t feel inadequate for not knowing.
Posted by Doctor Eclectic at 12:36 PM