Daylight Savings Day, the Need for a Holiday

It started as a joke more than ten years ago.  It struck me that one should do something productive with the time gained or lost when we “Spring Forward” or “Fall Back”.  Inspired by this thought, I decided that I would donate the extra hour that Spring to “Doing Good”, whatever that meant.


It was only the germ of an idea.
But I dutifully went to Hallmark online and looked for an appropriate card to send to select friends to begin a movement.  Not much there, but there were a few.  The ideas began to get legs.  If more people agreed to do something with the time they gained, then Hallmark would be inspired to develop more cards.  Maybe some would be sent though the Postal Service (This was more than ten years ago).  More stamps would be sold and mail would remain meaningful.

Spring presented a new set of problems.  If you lost an hour in a nanosecond, of what value could that lost hour be?  Perhaps, I reasoned, one could crowd all the bad things into that nanosecond.  That would be when I would stop smoking for an hour.  Stop consumption of drugs and alcohol.  Stop being mean to my sister.  Just for an hour.  Instantly, I felt better.  And I’m sure my friends who joined me in that movement felt better too.
As the years have gone by, I have become more imaginative in my doing “good” and stopping “bad” habits and traits.  I have actually taken the money from the extra hour and donated it to a charity.  It would have been nice if there were a charity tied to time, but those that deal with agriculture (one of the industries that suffered early-on when the cows couldn’t be persuaded to change when they thought they should be milked). Or to the energy industry (which was one of the reasons we would want more of our high energy consumption time in daylight).

BTW, most would agree that the energy saving aspects of the program don’t work.  And I have yet to hear a good explanation as to why we now include March and November in the program.  The latter is probably due to William Willett, a British Subject whose pamphlet on what he called “SummerTime” went through more than a dozen publications. 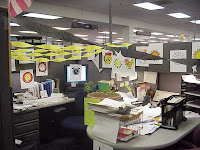 I probably receive as many reminders to set my clock now as I give out.  But there was one heroic day seven years ago when I was still working in the corporate world.  I had about 12 people on my immediate staff and after sending them notices for four or five years, I came to work in the morning to find my cubicle decorated for the holiday.  This on a Monday.  I took them all to lunch and then realized that I had been going on the wrong tack.

These should be National Holidays!  After all, the bill that brought DST to the United States in 1918 was a National Bill.  If legalized, the holidays would always fall on Monday.  This would allow lots of occasions for celebration, including by people who stay up until 2:00 AM to bring in the new time.
And the resolutions would be just like New Years, only you would only have a second or at the most an hour, to be faithful to them.  It may be too late to save the Postal Service, but there are other good reasons to make them holidays.
This year I am leaning towards supporting the “we are 99” movement, at least at 2:00 AM Sunday.  Next post I will tell you about my latest discovery as to why “Men are from Mars”, and how I think I could lick the problem.
Posted by Doctor Eclectic at 10:23 AM