It was almost like a scene from a commercial.  There I was, on the fourth tee, making some smart-aleck retort to a friend’s comment that he had been married thirty-four years; a comment like, “To the same woman?”  Followed by, “I’ve been married fifty, soon…in five days…to be fifty-one.”  Realizing, with a sudden revelation, that I almost forgot my anniversary.


Anniversaries for Mary and me have always been a special occasion.  Our first was dinner in Tijuana after attending our first Jai Alai match.  That was when the Dollar was literally worth its weight in gold in exchange currency and a poor Lieutenant Junior-grade Dental Officer could more easily impress a new bride outside the country than in San Diego where we lived. 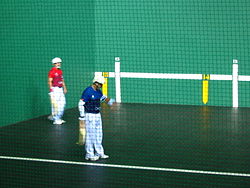 Through the years there have been many changes from that first celebration.  One, I especially remember was also in a foreign country.  This time the Philippine Islands, where we celebrated our twenty-fifth on the shores of Subic Bay, sharing a bottle of pretty good champagne with a navy couple also married in October.  This year, as we have on several occasions since that evening, we met with Judy and Larry Donovan for dinner in San Francisco and spent three hours catching up on events since the last time we met.
Last year, the afore-mentioned fiftieth, our grown sons, arranged a special dinner at a favorite local restaurant, Lucca’s, where the owner-chef Cathy Pavlos and her husband Elliott planned a menu of our favorites and treated a dozen of our friends and us to an evening, unsurpassed in elegance and personal touches.  The evening culminated in a toast, long for our sometimes reticent son, Tim, waxing on about his and his brother’s memories of our long-lived marriage.
Tonight, will be quieter.  A meal for two in an elegant and very romantic Italian restaurant, Il Fornaio, after a mass where we won’t ask to be recognized.
The celebration of an anniversary is a time to reflect on the past, as well as a time, to anticipate the future.  What prompts a couple to live together for fifty-one years?  I may have said this in last year’s post, but Mary and I have slightly different explanations.  I contend that the glue for the union is mutual respect, where change in the partner’s life is greeted with the expectation that the change is for the better, and a tolerance is made anticipating the good effects of the adjustment.
Mary contends that love or habit allows a tolerance for things that are not quite the way we would do them, knowing that what we cannot change is better tolerated than confronted and that enough love will get us through the rough spots. 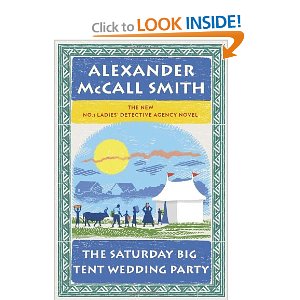 My friend Sonia Marsh in her blog Gutsy Living recently discussed needs and wants and probably would suggest that those little flaws in our partner are things we might want changed but do not need, to have a rich and lasting relationship.
Perhaps the simplest explanation is captured by Alexander McCall Smith in his most recent novel of The No.1 Ladies’ Detective Agency series, TheSaturday Big Tent Wedding Party.  Precious, the lead character suggests, at the end of the wedding party that perhaps all those vows and promises at a wedding should be replaced by a much simpler declaration.  Where the Priest, Minister, or other official would ask only one question of the couple, “Does your partner make you happy?”  To which, one would hope a reply would come, simultaneously, loud, and in unison, “Yes!”
I know what my answer would be, and I think I know what Mary would say.
Next post, as a change of direction, I think I’ll discuss the origins of the Silk Road.  See you then.
Posted by Doctor Eclectic at 9:29 AM