Fifty years ago the conventional wisdom of dental professionals was that Third Molars were on the way to becoming vestigial organs: like the eyes of moles or the vermiform appendix. The thought was that through evolution our jaws became smaller and could no longer accommodate a third, much less a forth, molar

Not surprisingly, there arose in the profession a group of dentists who specialized in their removal.

My father was a general dentist who, because he was at one time the only dentist in a small Iowa town, learned how to remove Wisdom Teeth pretty well.  From his early days when he would call his Oral Surgeon brother, sometimes while in the process of removing one or more of those molars, to a later time when he took out my teeth and eventually my fiancée’s, he muddled through forty years and thousands of teeth with no serious consequences. 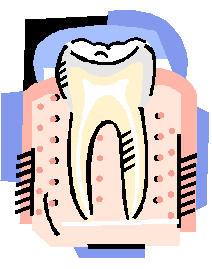 Fast forward to  time in my naval career when I was at a duty station for sixty-plus days between Oral Surgeons where I acted as the clinic surgeon and removed more than a thousand teeth myself, some with general sedation assistance: also with no major negative consequences.  Forward some more to a post-navy insurance career where I had the opportunity to be feted with a group of similarly employed managers by AAMOS, the American Association of Maxillo-Facial Oral Surgeons, where they explained the results of a three-year program evaluating the negative consequences of keeping even asymptomatic third molars beyond adolescence.  These included: periodontal problems behind second molars, cysts and abscesses in later life, neoplasms around the crowns of unerupted teeth, and a variety of other issues, not the least of which was complications when the inevitable extractions happened in later life.
I have personal experience in observing all of these conditions, but they are rare, so I and my colleagues, remained unconvinced that the insurance companies were wrong in demanding a reason to remove teeth.  I thought we were on a philosophical island, but I was wrong.


On September 5th the New York Times ran a rather lengthy article by Roni Caryn Rabin, who writes an article on consumer health.  Ms. Rabin commented on her dentist’s recommendation that her daughter have her wisdom teeth removed prior to going to college so her education wouldn’t be interrupted in recovery, should she have a problem while away at school.  While this may be a concern for some students, this mother was unconcvinced. 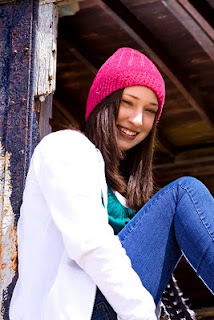 Ms. Rabin did her research and found little to justify the removal of asymptomatic teeth.  In fact, she found a study quite similar to the AAMOS study that showed an opposite conclusion for patients in Greece.  She and her husband have adopted a “keep them clean and watch and wait” policy for Emma’s wisdom teeth.
I found the Greek study particularly interesting because when I was in the navy, and we were treating retireds, I had a sixty-something patient appear, who was Greek.  I asked what brought him to me and he replied that he was getting married and wanted to make sure his teeth were healthy.  I didn’t bother to ask whether he would be picking tables up with his teeth at the reception and instead checked out his mouth to find, twenty-eight perfect teeth.  No restorations.  No decay.   No periodontal problem.  Just four, missing, molars.
When I asked him about the missing teeth he relied that they were removed about six years prior.  “Why, did you decide to take them out?” I asked.
“The dentist told me I should have them removed before they gave me trouble,” he said.
I have always wanted to meet that dentist, who must be a hell of a salesman.  I hope, and am almost sure, the dentist was not a navy dentist.
As I read the NY Times article, I pondered, “Maybe my Greek patient should have read the Greek study.”
Next blog I think I will share some thoughts and experiences about High School Reunions.
Posted by Doctor Eclectic at 1:32 PM