“I’m thinking about going to my High School Reunion.”  This was the topic raised by a friend as we sat around the pool on Labor Day sipping champagne.  For some reason, probably personal experience, I always associated reunions with summertime, but this time of year, with students returning, seemed appropriate.


“What reunion would that be?” I asked.  “Twenty-five,” she said.  I thought I detected a little amazement in the response.  My favorite high school reunion was the twentieth.  I returned to Mason City intending to re-check old memories.  For one, I wanted to see the Big Hill that we used to sled on.  Mason City is more than casually flat.  From my father’s sixth-floor office I could see the buildings in Manly, some 15 miles away, so I wasn’t anticipating Mt. Everest or anything.  However, I was unprepared for the slight gradient, barely more than the incline of my California driveway.  I recalled the stories my father used to tell about trudging to and from school in snow up to his knees.  He was probably shorter then. 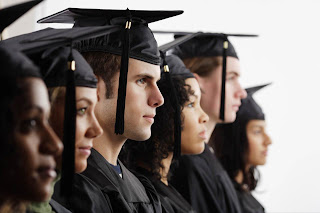 I also was anxious to see my old classmates, many of who had not been back for our tenth reunion.  In particular I wanted to see what had happened to Gail Grippen, who was Valedictorian, but who graciously suggested I be allowed to also give a graduation speech, perhaps believing as I did that I wrote the better speech.  We had both been on the Debate Team.  Besides being a brain, Gail also had the largest set of breasts in the class.  I hoped my memory of them was more accurate than that of the Big Hill.
It was.
I had flown in for the celebration from California with only two slight disappointments: first, my wife chose not to accompany me and second, while on the flight to Iowa, a classmate chummed me up and we wiped away the years until he returned to his First Class cabin, reminding me that we had fared differently through the years.
When I arrived at the reception I was surprised at how many or the 100 or so attendees were from California, including the class Vamp, who had aged remarkably well.  I approached her and commented on both those facts and she explained that she almost didn’t come.  “I was making plans and my husband reminded me that, if I went to the reunion I would miss our fifth wedding anniversary.  I explained to him that I was still going since I had had fifth wedding anniversaries, but had never had a twentieth high school reunion.” 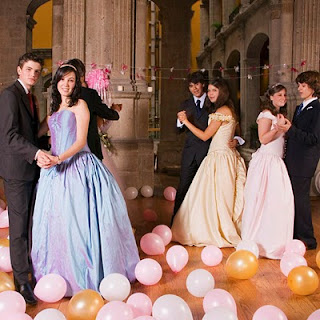 I have since returned to a smaller group for a fiftieth, for which Mary joined me.  A mutual friend, with whom we have remained in contact, was there with his wife.  Howard and I were fraternity brothers at the University of Iowa and both served in the military for some time.  We have skied together and partied together on several occasions since.  Two things stuck out from the fiftieth: each of us in small groups were interviewed and asked what one event we remembered.  Those in the group I ran with were in several different sessions, but each of us remembered most the evening we pretended to steal one friend’s father’s car, and how embarrassing it was when we were caught.  The second thing was when I received back the group picture.  I remembered almost everyone in the class, and had selective memory of how well we knew each other.  This was especially evident when one woman, whose name was the only strong memory, told me how nice I had been to her when we went to the Junior Prom together.
So, remembering so many, I was surprised when the group photo was mailed to me to see all the gray hair.  When had we grown old? 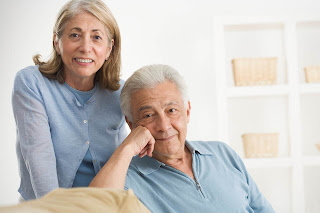 So, I told my Labor Day friend she should certainly go; that she would find the years just dissolved when conversations started, and that all that petty stuff was less remembered than the true affection we find on occasion in high school.  I hope she took my advice.
In my next Blog I think I’ll discuss my take on the morphing of the word “Professional” and why that bothers me.
Posted by Doctor Eclectic at 4:05 PM