I have a friend who dabbles in cooking.  Not just the occasional meal, but research into what goes into constructing a dish, writing about food, and catering for small to medium-sized groups.  I met her through an AIWF program called Days of Taste, where Title I fifth-graders are introduced to healthy food choices and incorporation of food into society.  We spent two days arranging foods on tasting plates and cutting and cleaning, with little to no recognition.


That’s why I was surprised when she didn’t follow through on an offer by another mutual friend to design and prepare the meal for a small restaurant.  So I asked her, “Why didn’t you do The Factory thing?”
She responded that she had a falling out with the owner because, “She just wasn’t Professional.”
I had met and chatted with Natalie Gutenkauf, the resident chef, on several occasions and had just the opposite opinion.  So, I concluded that my friend had somehow been slighted.  Unprofessional?  I began to reflect on what Professional really means. 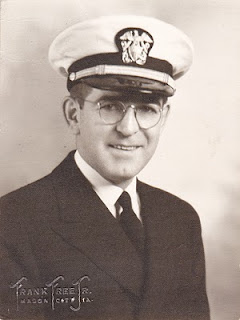 My father was a dentist, graduating in 1924 and practicing in the same small Iowa town for almost twenty years before he volunteered to be a dentist in the U.S. Navy during WWII.  He taught me, when I was literally at his knee, that to be in a profession was an honorable thing, but to be a Professional in that profession was something you earned.  As I remember it, a Professional is a continuous student in his or her craft, using knowledge and experience to lift the profession as a whole.  He never said a professional would be appreciated.
He did say that there would be rewards, certainly internal, and usually material.  And, as I have made my way through at least two careers as a dentist, I have found his observation to be true, at least in my case.
And the number of professions has grown.
My younger son, older now than my father was when he went to war, is a teacher, and I believe is a Professional in that profession.  From my time in the Navy, I found that military service is a true profession for many, a fact simply stated by Senator John McCain at a recent Tailhook Convention. 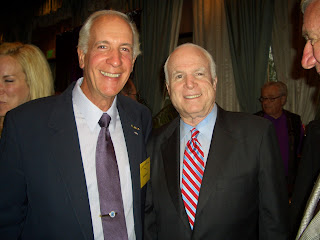 I have a niece who has become a Professional in Cosmetology.  I have other relatives who are teachers, nurses, and finance managers, all arguably professions.  I have friends who are writers, actors, and entertainers, many of whom make a fulltime living from these professions.
So, I have concluded that my friend more accurately meant, by her comment, that Natalie had not acted professionally by some comment or failure to compensate, and therefore did not encourage someone in her profession to better herself, possibly a professional failing, but as an adverb, hardly a serious breach.  That professional failing to encourage, now I am using professional as an adjective, is more serious, because it implies a lack of understanding of the “continuous student” requirement.
But earning Professional, the noun, remains a worthwhile goal.  As I prepare to attend my third dental related meeting in four weeks, in Atlanta, San Francisco and now Las Vegas,  I remind myself that the financial investment to attend these meetings is compensated by the knowledge and networking opportunities I receive.  I’ll have to remind my friend of that the next time I see her.
My next likely Blog date will coincide with my 51st wedding anniversary.  It seems a fitting time to comment on what that means to me.  I hope you will be interested.
Posted by Doctor Eclectic at 1:35 PM