One of the nice things about belonging to a Book Club is that you read books you otherwise might miss.  An even nicer thing is that you can share the books with other people.  That is what happened to me when my book club wife got caught up in a National Book Award memoir, titled “Just Kids”, by Patti Smith.


I doubt if Mary recognized the name, Patti Smith, and, although she knew the name, Robert Mapplethorpe, the other “kid”, she knew it more in relationship to federal support for the arts, than for the relationship he shared with Ms. Smith.  As she discovered more about these two, seemingly so different, personalities, she couldn’t help sharing her newfound knowledge with me.  It was a return to our courting days when we used to comment that” Some people talk about people, others about things they see or do.  We seem to talk about ideas, and things we will do.” 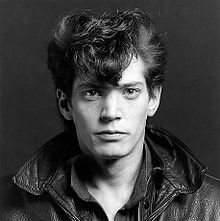 Only in this case it was their ideas and the things they went on to do. 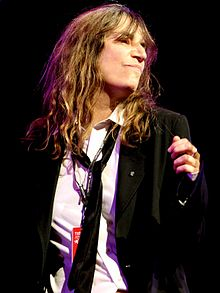 When first they met in 1967, Robert was a student at the Pratt Institute in Brooklyn, majoring in Graphic Arts.  The twenty-one year old Patti was working in a New York City book store and writing poetry.  It’s safe to bet that neither could guess at their eventual fame and fortune.  In the book, Patti mentions that they were caught up in the excitement of the New York scene of the Seventies, where the likes of Andy Warhol, Deborah Harry, Peter Gabriel, Richard Gere; all of whom would eventually be subjects for Robert’s photography, were making their way into the limelight. And it was association with these friends and a common interest in the arts that led to their friendship and eventual strong, romantic relationship.
They lived together in a New York hotel from 1967 to 1974, struggling, with little money, exposure to a drug culture, and Robert’s awareness that he was gay.  They began to become different people from those they were when their friendship began.
Robert picked up his first camera in the mid-seventies, a Polaroid, no less, and rapidly displayed a talent for composition and lighting.  Patti didn’t move into music until she broke “Horses” in 1976, an early, angry, album that introduced a world to what would be called Punk.  And there is the lesson I think we can learn from them.
They met and became friends because they had dreams in common, but as the years went by those dreams morphed into quite different forms, his to open homosexuality and photography and hers into using her poetry muse to make music.  Both accepted roles of almost iconic leadership and the controversy that brings.
In spite of drifting apart physically, geographically, and professionally, they remained in contact and remained friends.
I have perhaps three dozen what I call “friends of long standing”, maybe twice that number since many are couples who are friends of both Mary and me.  I see some of them only once every several years and correspond with many only by Christmas card.  Lately I find I have half that number who I correspond with by regular email.  I find that the years wipe away when we meet or talk, and conversations pick up where they were the last time we met.
I consider myself fortunate to be so blessed.  Many people I know watch friends walk out of their lives with reckless abandon.  Many more have problems making friends since they find so few who have enough in common to warrant conversations of depth and duration.
Patti Smith and Robert Mapplethorpe, for all their controversy could teach us the value of friendship.  They were complements to each other.  We all could benefit from similar relationships.
Next blog I will lighten up and talk about a subject I should know something about: wisdom teeth.
Posted by Doctor Eclectic at 10:01 AM